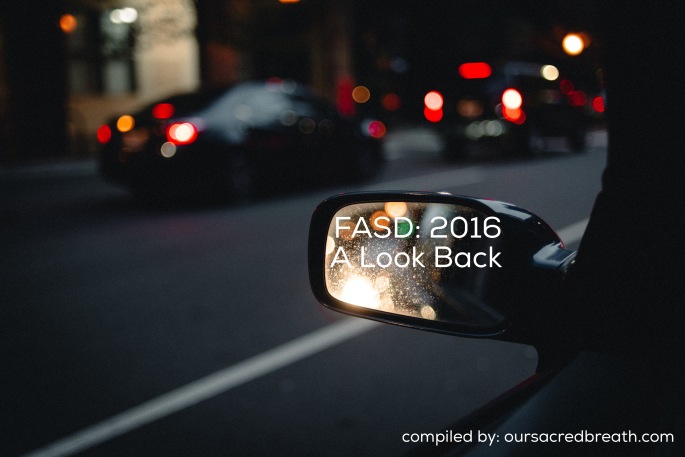 That you Our Sacred Breath for a Lovely Recap – I am so glad you took this on to share – You are an awesome mom and advocated. Keep on Keeping on – We we reblog this also at RealMindz.com – Love ya – Jodee

I thought, for my last post of the year, it would be interesting to review FASD happenings in 2016. At first I thought I wouldn’t find much, but I found it’s been a busy year!

One of the top stories was from researchers at the Centre for Addiction and Mental Health (CAMH), in Toronto, Ontario (Canada), who identified 428 distinct disease conditions that co-occur in people with Fetal Alcohol Spectrum Disorders (FASD).

For those that are not aware: FASD is a broad term describing the range of disabilities that can occur in individuals as a result of alcohol exposure before birth. The severity and symptoms vary, based on how much and when alcohol was consumed, as well as other factors in the mother’s life such as stress levels, nutrition and environmental influences. The effects are also influenced by genetic factors and the body’s…